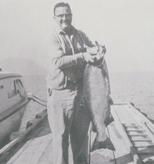 Brunswick Jetti and Landing dock taken in 1960. Originally built in 1910, the ship Britannia would stop here twice a day at that time with people and supplies. 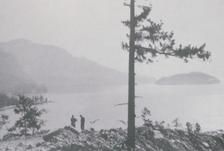 Curly Stewart, holding an average catch back in the day.

Photo taken of Lions Bay Beach Park in the 1950's, which originally had a popular wading pool along the slopes of the beach.

Advertisement Brochure in the 1950's showing the proposed future development of Lions Bay as a community. 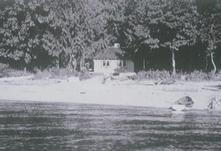 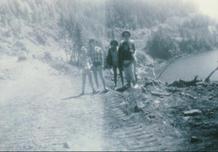 Proposed development of houses above Brunswick Beach in 1909.

Elliot House, the first building constructed on Brunswick Beach in the early 1900's. 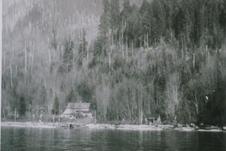