Nearing completion of the Bayview Place Bridge in the 1980's.

Lions Bay's first ambulance truck at the original fire hall in the 1980's, the Fire Hall was renovated in 1990.

Lions Bay unified at last, with an aerial photo showing the whole village together in the late 1980's. 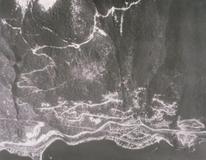 ​The Royal Hudson Train going through Lions Bay in 1976.

Looking up Harvey Creek during Spring runoff circa 1995.

Lions Bay Historical Society chose Victor Miles winning design, for the Lions Bay flag during the 25-year commemoration celebrations as a village in 1996. 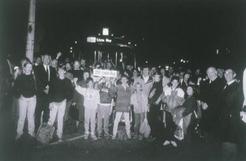 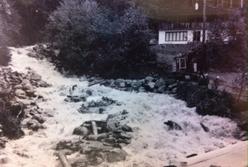 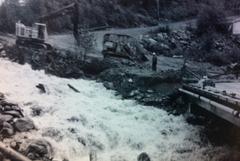 The completed Catchment Basins built along the side of Harvey creek in 1982. The catchment is designed so that if debris plugs the basin, water would proceed over it. 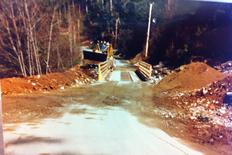